Home  /  Latest News  /  ‘Rwanda’s progress is a prisoner of the past’, an article by our own Kevin Ritchie

‘Rwanda’s progress is a prisoner of the past’, an article by our own Kevin Ritchie

It was the genocide the world expected South Africa to have – instead we had the miracle.
On the evening of April 6, 1994, President Juvenal Habyarimana of Rwanda and President Cyprien Ntaryamira of Burundi perished when their aircraft was shot down on its final approach to Kigali airport in Rwanda.
Within an hour roadblocks had been set up. Soon after, shots began to ring out over Kigali as the death squads moved in, going door to door.
There was no science to the slaughter, not in the beginning. Tutsis were clubbed, hacked to death.
The shooting and the blow- ing up of 30 000 at the Gatwaro stadium would come later. In the beginning it was just about ticking off the prepared death lists.
The groundwork had been laid for years – the Belgians bore responsibility for making a class distinction a racial one, the Catholic church perfected it and human selfishness did the rest. 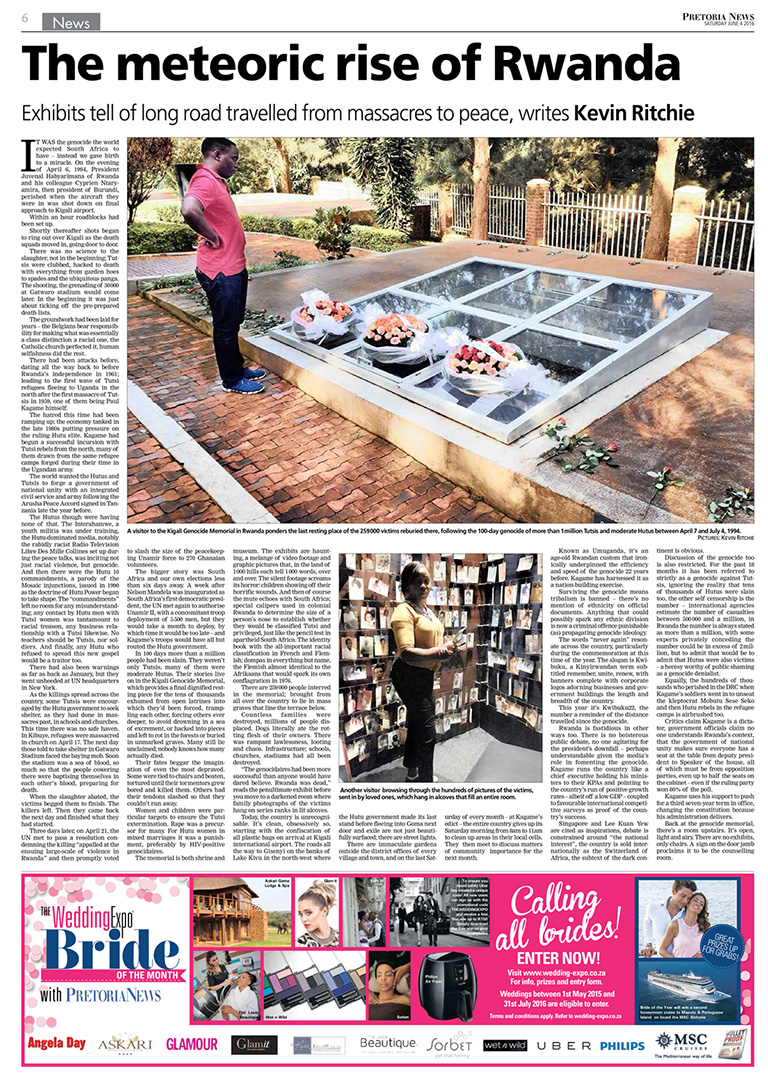 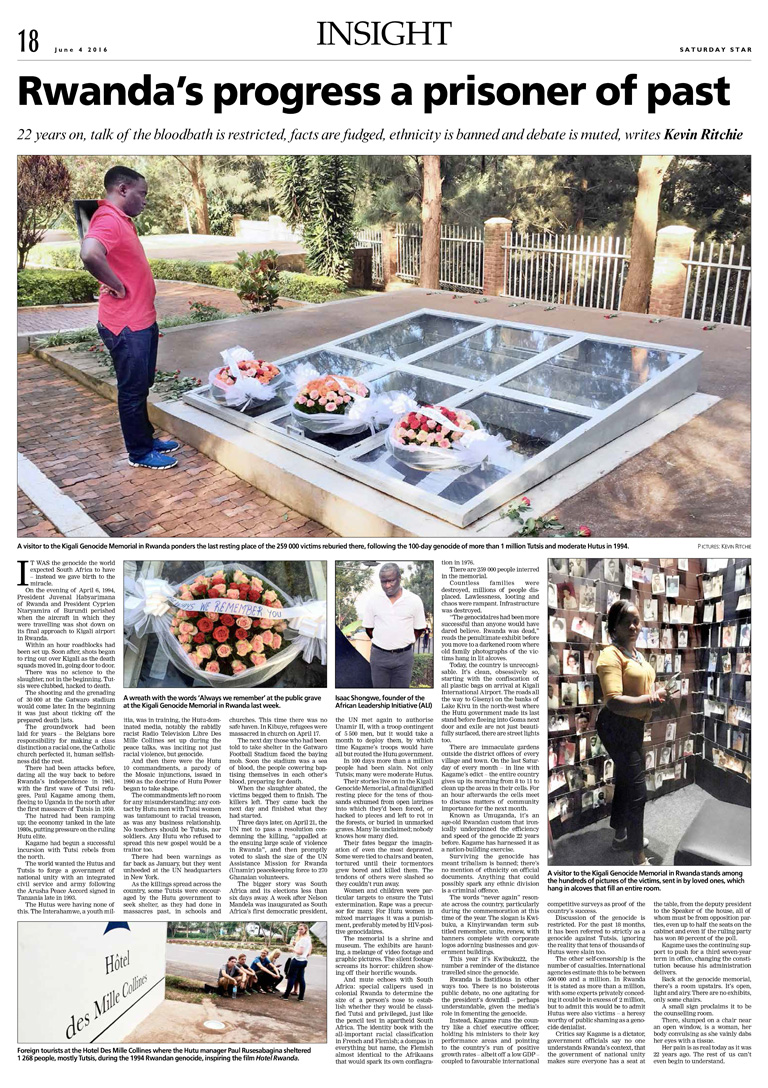 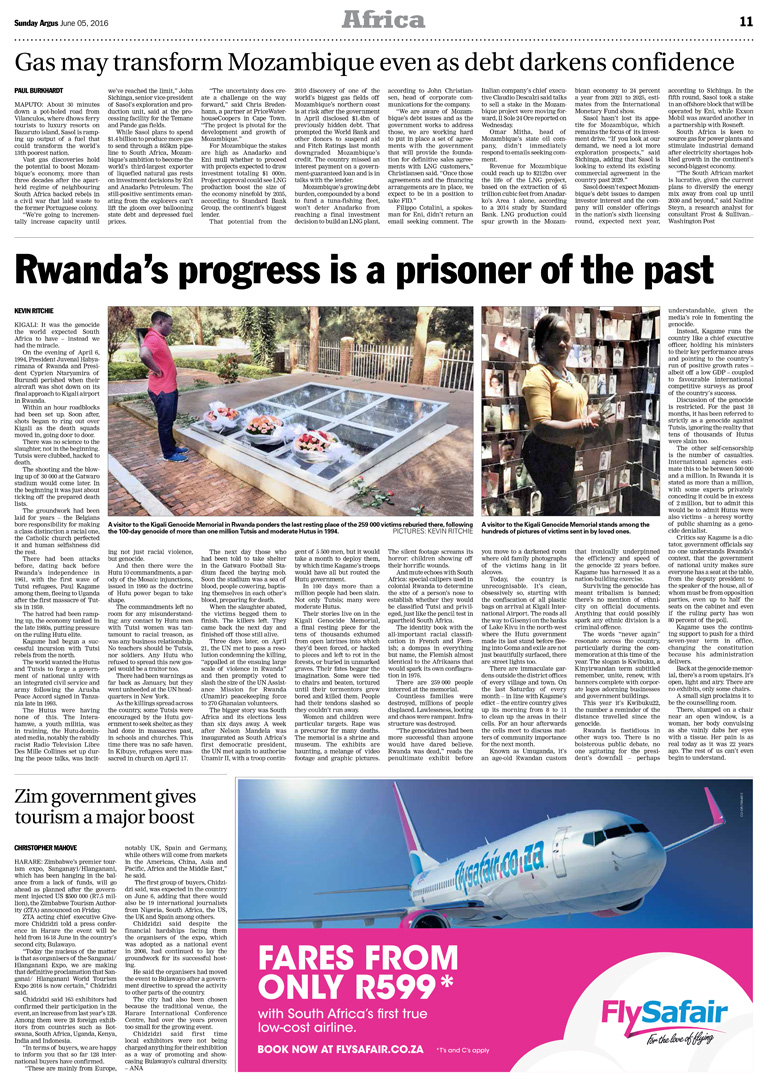