Our gallery has been updated with new and exciting photos from our time in Naivasha, Kenya 2015.

A Brief Summary of Field Trips 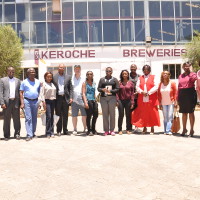 It started as a small family business in 1997 to fill a gap in the liquor market (lower-end) which, as it would have later turned out, was jealously guarded by a multinational for over 80 years. Today Keroche controls 5% of the liquor market and it hopes to increase its market share to 20% in the next five years as well as enlist in the Nairobi Securities Exchange in the same five years.

The company has a production capacity of 10 Million litres a year and intends to increase production to 110 Million litres as it plans regional entry by the end of 2015. Keroche Breweries was founded by Mr & Mrs Karanja and Mrs Tabitha Karanja is the CEO and face of the brewery. 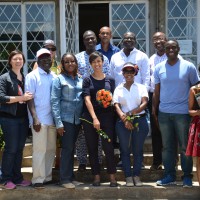 Founded in 1997, Nini Flowers was one of the Bespoke flower farms in Kenya owned by the Coulsons family. By 2000, it had 20 hectares of farmland and built a strong brand at the Dutch auctions via the TFA.
In 2000, The Coulson Family purchased the neighbouring Lamorna farm, which was developed by Billy and Fiona Coulson. This additional 21 hectares has been exclusively marketed by The Flower Hub into the Retail Multiple Sector.

Since 2011 this has been a 44-hectare business, which markets 90 million stems per year. By 2015, Nini will have pulled out of the auctions altogether and have 100 million stems available per year. The farm employs over 560 people. 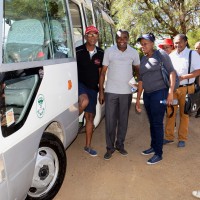 This is a commercialised agriculture and livestock entity that has rehabilitated part of Naivasha’s Northern swamp to become a private game sanctuary that is home to hundreds of Hippos in the wetlands. The riparian grass is grazed by waterbucks, giraffes, zebras, various antelopes, buffalos and bushbucks. The ecosystem favours hundreds of bird species. The manmade dams and the rehabilitated lake support the commercial part of the business.http://travelingluck.com/Africa/Kenya/Rift+Valley/_187570_Marula+Estate.html
Marula Estates Gallery