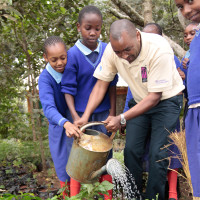 Pupils of a local primary school near the Kenyan capital have initiated an innovative environmental program aimed at curbing the adverse effects of climate change.

The youngsters from Kiserian Primary School, located in a peri-urban area of Kajiado County, some 26 kilometres (16 miles) south west of Nairobi are actively involved in planting trees. They also tend a community tree nursery, where hundreds of tree seedlings are grown and shared with the local community.

According to Josephat Njuki, the patron of the school’s environment club, the project was set up several years ago by the school children themselves.

“When I came to this school some four years ago, I found the club running and I joined them so as to nurture and protect our environment,” said Njuki, adding that Kajiado – the plain plateau of savannah grassland and shrub bushes, where the school is located, is generally a dry land.

“Kajiado is an arid and semi-arid area, so we ensure that we impart knowledge to our pupils on the need to plant trees and conserve the environment,” he said.

Several years on, the project is gaining traction from the local community and has been commended as a practical, homegrown solution towards addressing the global problem/issue of climate change and deforestation.

“One of our core values in our school is to nurture and protect the environment. We would like to have each and every child in our school to be able to own at least one tree. We have set days when the children engage in tree planting,” the patron said.

He said so far, the children have planted more than 2,000 trees around the school vicinity and that he expected the numbers to grow.

Victoria Akinyi, 13, said she joined the environment club for her love of trees.

“I love trees because no one can survive this world without trees,” she said, alluding to the fact that conserving the environment is critical to securing a sustainable future.

“They give us the air we breathe, attract rainfall and they also help us mitigate the adverse effects of climate change,” Akinyi added.

Akinyi says by planting more trees, the children are claiming the future, right now! They are securing their future – planting one tree at a time! 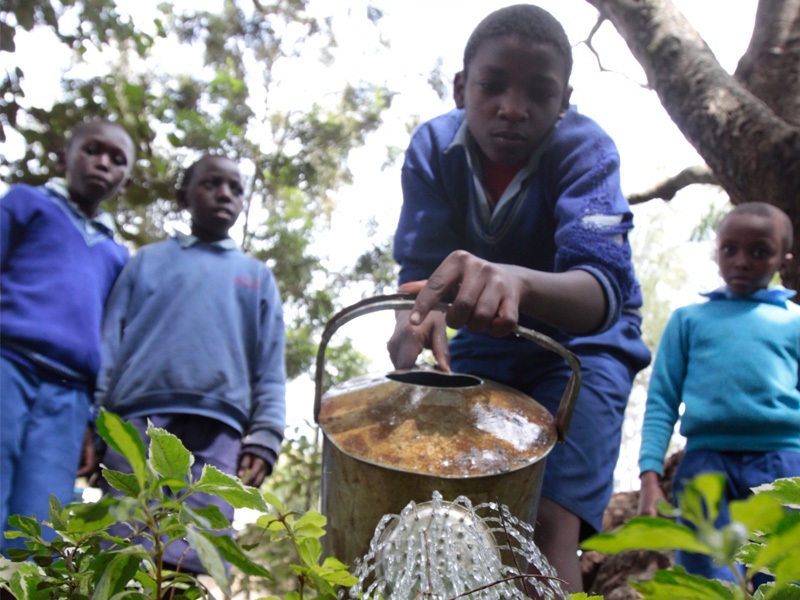 Another pupil, David Macharia, 13, is an environment enthusiast. He says he joined the environment club to help save farmlands from erosion and address the threat of desertification across Africa.

“I know that the world needs me to take care of it,” he said emphatically.

“I started planting trees since I was a small boy. I am passionate about planting trees because I am know I am making a difference however small it may seem,” Macharia said joyfully.

The initiative rekindles the memories of a United Nations-backed programme dubbed the ‘Great Green Wall’ comprising 11 African countries that involved planting trees to stop the Sahara desert from spreading southwards. The Wall is spearheaded by African heads of state and stretches some 7,000 kilometers from Senegal in the west to Djibouti in the east.

Among other benefits, planting of trees provides a barrier against strong winds and help to hold moisture in the air and soil, allowing agriculture to flourish. 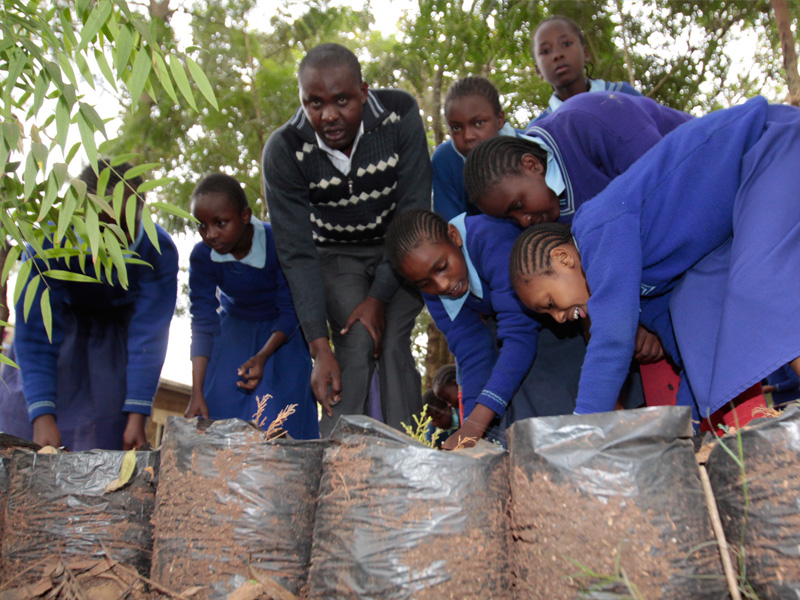 Njuki says one of the biggest challenges that the group faces is that “during the dry season we are not able to get enough water to sustain our tree nursery.”

“In the future,” he says, “we hope to look for ways to harvest the rainwater to sustain the tree nursery.”

According to the United Nations, two-thirds of Africa is classified as desert or dry lands. Climate change has led to prolonged spells of drought, over-grazing, and deforestation and land degradation.