Home  /  Latest News  /  Has the Shilling finally outsmarted the Rand?

Has the Shilling finally outsmarted the Rand? 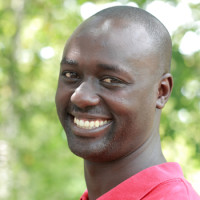 Kenyans living in South Africa all face one major frustration: the rand/shilling exchange rate – it is simply unpredictable. In the last 10 years R1 has been recorded to trade at Sh13.50 in one year and two years later at SH7.50. This constitutes a 45% difference in less than 24 months. At the moment the shilling is trading at around Sh6.60. It has slowly gained ground against the rand since 2011 when it was trading at Sh11. Exchange rate is a significant indicator of a country’s economic health and therefore it could seem that Kenya’s ecomony is outperforming South Africa’s.

In order to see of this is true, I took The Economist’s Big Mac index as a guide. This index started in 1986 and can indicate whether a country’s currencies are trading as they should – at the “correct” level. In short it means that a Big Mac burger from the McDonald’s chain should cost the same in London as it does in Johannesburg. In July 2015 R12.50 bought one US dollar. The raw Big Mac index found the rand to be undervalued by 56.3% and even with adjustments taking gross domestic product per capita into account, the rand was still undervalued by 29.7%. McDonald’s doesn’t trade in Kenya, but if one compares Steers and Spur burgers between Kenya and South Africa, the rand’s undervaluation is also clear. A Steers burger costs R27.90 in South Africa and Sh350 in Kenya – a 47% undervaluation of the rand. Spur undervalues the rand by 38% as a burger in South Africa is R65.50, but Sh700 in Nairobi. The same goes for a KFC burger: R29.90 in South Africa, Sh470 in Kenya – an undervaluation of a whopping 58%. What does this tell us? A currency correction is sure to take place in the foreseeable future, therefore Kenyan speculators are advised to buy currently cheaper rand assets with any spare shillings.

Chesiana is a South African based chartered accountant. He founded The African Professional magazine and also edits the title.