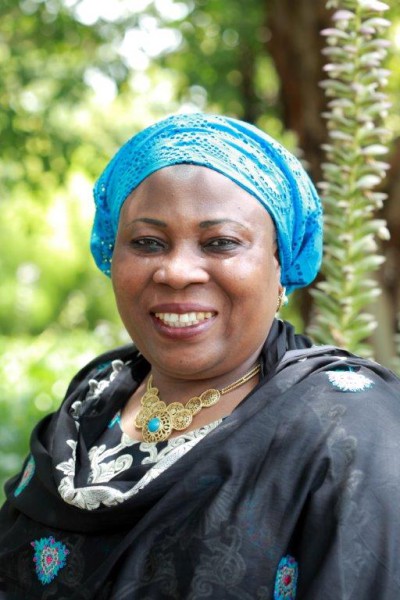 Medina Shangli Dauda was born on 25 October 1958, in Kaduna. She started working at the New Nigerian Newspapers, after her Secondary School.

Dauda opted to specialize in Broadcasting and Reporting, after she was offered a position at the Federal Radio Corporation Kaduna (now known as Radio Nigeria Kaduna National Station). She has been a Freelance Reporter for the Voice of America since 1998. She received her Professional Diploma in Mass Communication at the Bayero University, Kano. In 2000, she received an Advanced Diploma in Public Administration at Kaduna Polytechnic. She also obtained a Post Graduate Diploma in International Journalism from the International Institute of Journalism in Abuja, in 2006. In 2011, she received both a World Bank Institute Certificate of Information and Governance as well as a Leadership Certificate from Pittsburgh University, Pennsylvania, USA. Her career awards include the Ngas Development Association Bauchi State Branch Award, Media Icon Award from Mass Communication Department of the IIJ, College of Eduction Zuba Award of Excellence, Northern Nigeria Woman of Merit Award, BUK Mass Comm Department Most Active Female Journalist Award (2014).

Dauda is a member of many Non Governmental and Non Profit Organizations. In 2014, she helped establish NEWAFIN – Network of Women of All Faiths in Nigeria, which brings women of all faiths together for National Unity and Cohesion. She is also involved with Media for Morals (M4M’s), working with law enforcement agencies to help curb issues of child abuse and rape in Nigeria.