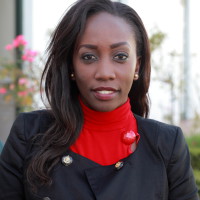 Yvonne Okwara is a Kenyan media personality with 10 years experience ranging from radio to television. She has been at the centre of some of the country’s and regions most defining moments. She has hosted national discussions on civic education on Kenya’s constitution and historic 2013 elections. In 2013, she covered the political party primaries and general elections, the Supreme Court Election Petition and the inauguration of President Uhuru Kenyatta as well as the Westgate Attack in September 2013. She has also covered the Ugandan and Tanzanian elections 2016 as well as President Obama’s visit to Kenya in 2015.