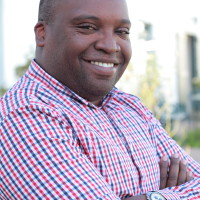 Wallace Kantai is the Business Editor at NTV, one of Kenya’s leading television stations. He also serves as host of the NTV Business Agenda show, the highest rated business programme on Kenyan television, as well as being an anchor for the news bulletins.

Kantai has interviewed and interacted with many world business leaders and policymakers. He has also moderated high-level round tables, including for the United Nations, the World Bank, the stock exchanges of East Africa, and the ICT sector in Kenya.

Kantai is a columnist for the Business Daily and The EastAfrican, and has been a columnist for the Sunday Standard. He has written for all of Kenya’s leading print publications, including the Daily Nation, The EastAfrican, Adam magazine and Sokoni magazine. He was the host of the well-received The Platform talk show on the Kenya Broadcasting Corporation and serves as an analyst on CNBC Africa.

He has appeared on the BBC World Service television, the South African Broadcasting Corporation and BBC Radio Cambridgeshire. He created, wrote and produced the acclaimed Top 40 Under 40 series on Kenya Television Network.

Kantai edits Policy magazine for the Institute of Economic Affairs and has held roles in the information technology, non-profit and public relations fields in Kenya, South Africa and the United Kingdom.