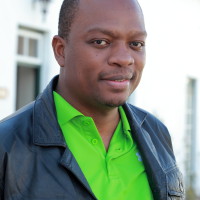 Noel Kazungu Mwakughu has more than twenty years’ experience working with print and broadcast media in Africa. He is currently the Africa Business Editor at CCTV-Africa. In July 2014, he successfully led the launch of the first thirty-minute business programme on CCTV — Global Business Africa.

Prior to joining CCTV Africa, Mwakughu was a Senior Editor at the BBC World Service, East Africa Bureau, from where he reported on current affairs. He received the United Nations Correspondents Association Gold award for his coverage of the historic post-war elections in the Democratic Republic of Congo. He is a specialist in the political and economic development of Africa and until his departure from the BBC World Service, was the internal expert on the African Union.

Mwakughu, a farmer, supports social initiatives aimed at improving the education and wellbeing of underprivileged teenagers.