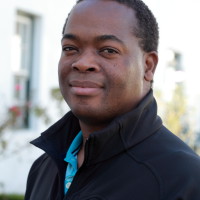 He studied journalism at the then Technikon Northern Gauteng (now the Tshwane University of Technology), and later studied at the University of the Witwatersrand and completed a Bachelor of Arts (honours) and Postgraduate Diploma in Media studies and Journalism. He also undertook a Management Advancement Programme at Wits Business School. He is currently studying towards an LLB degree with Unisa.

He is a member of South African National Editors’ Forum council. He is also a member of the adjudication panel for the Press Ombudsman.