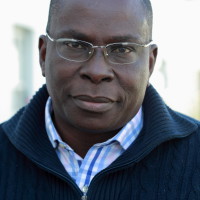 He was at various times Senior Assistant Editor, Features Editor and Deputy Features Editor of Vanguard Media Limited, which he first joined as an intern in 1985. At the end of this period he was given automatic employment pending the conclusion of his education. Bayagbon reported extensively on finance, energy, entertainment, literature, features and currents.