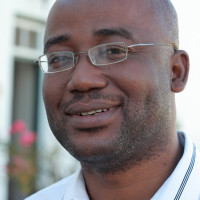 Joseph Adeyeye is the Controller of Publications at Punch, Nigeria’s leading newspaper, where he was Editor of Saturday Punch and later The Punch from 2007-2013. He is an alumnus of Obafemi Awolowo University, Ile-Ife, Nigeria, the Lagos Business School and the International Institute for Journalism, Berlin, Germany.

Under his editorship, Punch published exposés on political and private-sector corruption; campaigned to stop Nigerian legislators’ large allowances, and ran stories that forced government to prosecute police involved in extra-judicial killings. During the period, the paper won 25 of Nigeria’s coveted journalism prizes for editors and reporters.

In his current role, Adeyeye supervises Punch’s editorial and digital management team comprising editors, managers and more than 100 staff. He was the initiator of a plan that restructured Punch’s digital operations along systems and content lines, and helped the paper regain its position as Nigeria’s most popular online newspaper after a two-year hiatus.

A university chess medalist, a multiple winner of Nigeria’s Editor of the Year award and a one-time Columnist of the Year, Adeyeye contributes to the pan-African development journal, Africa in Fact. In his spare time, he plays chess, composes music and mentors young journalists on ethics and excellence.