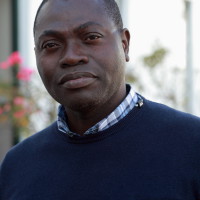 Ekundayo Ezekiel Kayode has a Master’s degree in Public and International Affairs from the University of Lagos. He also obtained a Bachelor’s degree in Political Science from Lagos State University, a Postgraduate Diploma in Journalism from the Nigerian Institute of Journalism and, a Diploma in Mass Communications from The Polytechnic, Ibadan.

In 2008, he joined the Daily Trust newspaper as Head of Business Desk, Lagos Bureau and rose to become the Regional Editor, South West (comprising five states) in 2012. He was then appointed as the Deputy Editor of the Daily Trust in 2013.

In February 2015, Kayode left the Daily Trust to concentrate on his own newspaper, EnergyTimes, which he established with support from his previous employer, the Daily Trust.