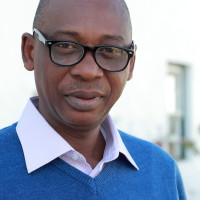 Charles Ike-Okoh holds a Bachelor’s degree in Linguistics as well as certificates in Advanced Management Skills from Phillips Consulting in Lagos and Making Corporate Boards More Effective from the Society of Corporate Governance/International Finance Corporation. He is also an alumnus of Thompson Reuters Training (Moscow) and LBS Pan African University.

Ike-Okoh was the Editor of the 442 soccer magazine, a Haymarket publication under the South African media group Johnnic Communications (formerly Avusa and now Times Media Group). He served alongside other distinguished Nigerians in the Lagos State Economic Summit Group (Ehingbeti) in the Media Committee and is currently overseeing BusinessDay’s Dollar-a-Day project, which has raised over N6 million for Nigerians living in difficult conditions. In 2014, he was appointed the Editor of BD Sunday, the weekend edition under the stable of BusinessDay Media Ltd.

In 2013, the Maritime Media Award Committee named him Business Editor of The Year.

In May 2016 he signed off from BusinessDay after 15 years as a pioneer staff who helped established the editorial direction of the daily paper in the stable and created what is now increasingly regarded as one of the best Sunday newspapers in the country – BDSUNDAY.

Earlier in January 2016 he founded an online publication, Government and Business Journal or govandbusinessjournal.com.ng of which he is the Publisher/CEO. The online publication is gradually gaining traction in the country’s new media space.