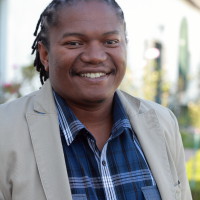 Andile Ntingi is CEO and Co-founder of GetBiz, an e-procurement and a tender notification service. He started his career at state-owned broadcaster SABC in 2000 as an Online Content Editor after completing a degree in economics from Rhodes University (Grahamstown) in 1999.

In 2001, he joined Thomson Reuters on a training contract as an Equities Reporter, where he learnt financial journalism.

In 2003, he moved to Meropa Communications, a public relations agency in Johannesburg as the Financial PR Consultant, providing PR and communications advice to clients.

He joined Independent Newspaper Group in 2004 as an Economics Reporter at Business Report. He left Business Report in December 2005 to take up the position of Deputy Business Editor at City Press until February 2013.