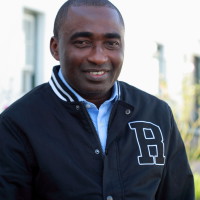 Mustapha started his career at the Daily Times in Nigeria. He left the company in 2003 as

In 2004, he was appointed Head of Advertising for the FS African Standard Newspaper. Mustapha resigned from the position in May 2005 to work briefly with BusinessWeek as Advert Manager. In January 2006, he joined Business Day Newspaper, Lagos, as Deputy Advert Manager, a position he held until November 2010.

Mustapha is a member of the Advertising Practitioners Council of Nigeria.