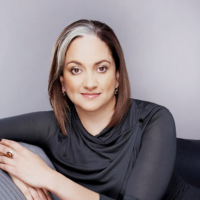 Ferial Haffajee is a reporter for Bloomberg based in Johannesburg, South Africa. Prior to taking up this position, she was the Editor-in-Chief of City Press, a leading South African weekly newspaper. Previously, she held the same position at the Mail & Guardian. Haffajee has also worked at Financial Mail and at the South African Broadcasting Corporation (SABC), in both radio and television. She is a fellow of the ALI, which is part of the Aspen Global Leadership Network (AGLN) and is a global moderator for the Aspen Institute.