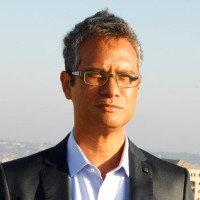 Letsema is a privately-held investment holding company with long-term interests in management consulting, third-party investment management and proprietary investments. Over 20 years with the group, Thomas has led each of the firm’s operating divisions.

Thomas has a keen interest in the study of ‘Late Industrialisation’. To this end he has recently been growing Letsema’s proprietary investment portfolio, which includes the manufacturing of wax microspheres for the global cosmetics industry. He is focussing on a platform technology to reduce formulation complexity in certain chemicals production processes. If successful the technology will have broad application in the chemicals industry.

Under the mandate of a partnership agreement between Letsema and CEPPWAWU, a trade union, Thomas led CEPPWAWU Investments (Pty) Ltd, also called “CI”. This made CI one of the most successful union investment companies in South Africa.

His consulting career included inter alia serving as a strategic advisor to the Director General and Minister of South Africa’s Department of Public Enterprises (DPE), where he worked on numerous projects of national strategic interest. Thomas serves on the boards of various private companies and is Chairman of the Board of Transpaco Limited (a JSE-listed packaging company).

Thomas holds two Master’s Degrees in Economics, from the University of London and the University of the Witwatersrand (Wits), respectively. He is a Fellow of the fourth class of the Africa Leadership Initiative South Africa. He is also a member and moderator of the Aspen Global Leadership Network (“AGLN”). His moderating focus, over the last three years, has been directed at the design and delivery of a curriculum for young South African leaders, modelled on the successful AGLN programme. Thomas also enjoyed a season of being the presenter of Think Big, a TV show focussed on promoting entrepreneurialism in South Africa; the show was screened on SABC 3 during 2014 and won an industry award (SAFTA).