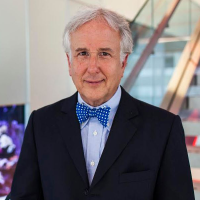 Matthew Winkler is Editor-in-Chief Emeritus of Bloomberg News, the global news service he founded with Michael Bloomberg in 1990 when he joined the then eight-year-old financial information company Bloomberg L.P. He became a member of the Bloomberg L.P. Board in 2006. Matt is co-author of Bloomberg by Bloomberg (April 1997, John Wiley & Sons) and author of The Bloomberg Way: A Guide for Reporters and Editors, (2014, Wiley). Between 1991 and 1994, he wrote the Capital Markets column for Forbes magazine. Between July 1980 and February 1990,