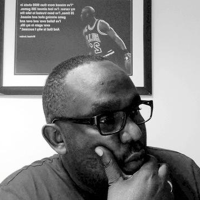 Charles Onyango Obbo, based in Kenya, is a Ugandan author, journalist, and Editor of Mail & Guardian Africa. He is a former Managing Editor of The Monitor, a daily Ugandan newspaper, and Executive Editor for the Africa and Digital Media Division with Nation Media Group, Nairobi, Kenya. He is a political commentator on issues in East Africa and the African Great Lakes region. He writes a column, “Ear to the Ground”, in The Monitor, a second column in the regional weekly The EastAfrican, and a third in the Daily Nation.